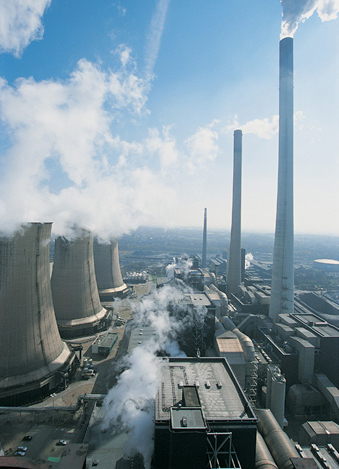 Toxic metals are everywhere – these facts about toxicity will demonstrate how best to protect yourself.

The air we breathe, the food we eat, the water we drink, in our homes and our offices – toxins are ubiquitous!

Facts about toxicity – lead, arsenic, cadmium and aluminum are just some of the toxic heavy metals we are regularly exposed to. Many of us also have amalgam fillings, which contain mercury that is being released into our bodies every time we chew.

These toxins then accumulate in the body, damage cells and tissue and can cause disease. Migraines, allergies, fatigue, mood swings, depression, irritable bowl syndrome and joint pains are just some of the chronic ailments that can be caused by toxic heavy metals in the body. Serious diseases such as Alzheimer and Parkinson’s have also been linked to metal toxicity.

In addition many toxins are highly carcinogenic [cancer causing] and the rising number of cancer cases [especially breast] has been largely attributed to the increasing number of toxins in our environment. Did you know that today we are exposed to over 100,000 toxins with at least 1,000 new ones introduced each year?

Facts about toxicity – we are all toxic! From newborn babies to Eskimos – toxins affect all of us. There seems to be no escape, however there is a solution: DETOXIFY REGULARLY WITH HMD!

Facts about toxicity – toxins are heavy metals and chemicals that are harmful to our body. Mercury, Lead, Arsenic, Aluminum or pesticides are just some of the examples. These substances are commonly referred to xenobiotics [from Greek: xeno = foreign; biotics = bodies]. These foreign substances are poisonous to our systems; they do not allow cells to work properly and we get sick.

How do TOXIC METALS affect our bodies?

Facts about toxicity – toxic metals poison our body and interfere with the correct functioning of cells, hormone levels, the production of cells and can cause chromosomal damage leading to the development of cancer. It is not a coincidence that so many diseases have increased dramatically in recent years – at the same time as more and more toxins are released into the environment.

Just look at these statistics:

In addition other cancers such as testicular and prostate cancer as well as diabetes and heart disease have also been on the rise.

Toxins affect all parts of the body. We only notice the effect once our system has already been compromised and we have started to show symptoms. Our symptoms section lists common illnesses linked to toxins in the body.

Different toxins affect our bodies in different ways. Metals such as mercury, cadmium, lead, and tin affect chemical synaptic transmission in the brain and the peripheral and central nervous system. They have also been found to disrupt brain and cellular calcium levels and have been linked to degenerative Central Nervous System diseases, kidney diseases and osteoporosis.

Facts about toxicity – some toxic metals also prevent the absorption of vital minerals and vitamins such as magnesium, zinc iron or Vitamin B-6 and B12. At least 20% of Americans have been found to be mineral and/or vitamin deficient, and heavy metals make this problem even worse.

Studies have also found heavy metals to cause the production of free radicals such as superoxide ion, hydrogen peroxide, and hydroxyl radical. These free radicals can cause neurological and immune damage, damage your DNA and lead to chronic autoimmune conditions and diseases.

Research has also shown that heavy metals and other toxins mimic hormone molecules and cause a disruption to the hormone system. In women they can mimic the effect of estrogen and have been scientifically linked to the increase in breast cancer incidence rates.

Check out the research articles below for more information on toxins in our environment and homes:

World Wildlife Fund (WWF) “Chemicals and Health in the Home.”

WHERE DO TOXINS COME FROM?

Toxins are everywhere and they their sources are numerous. Primarily toxins and heavy metals are introduced into our body in the following ways:

– “Metallic Lunch: An Analysis of Heavy Metals in the Canadian Diet”

– “Risks and Benefits of Fish Consumption: Yes, Mercury is a Problem.”

Hello, and welcome to our site. My name is Dr. George Georgiou and I would like to share my personal story with you. I believe that natural health and detoxification saved my life – now I want to help other people get healthy too...

This website uses cookies and asks your personal data to enhance your browsing experience. Find out more.